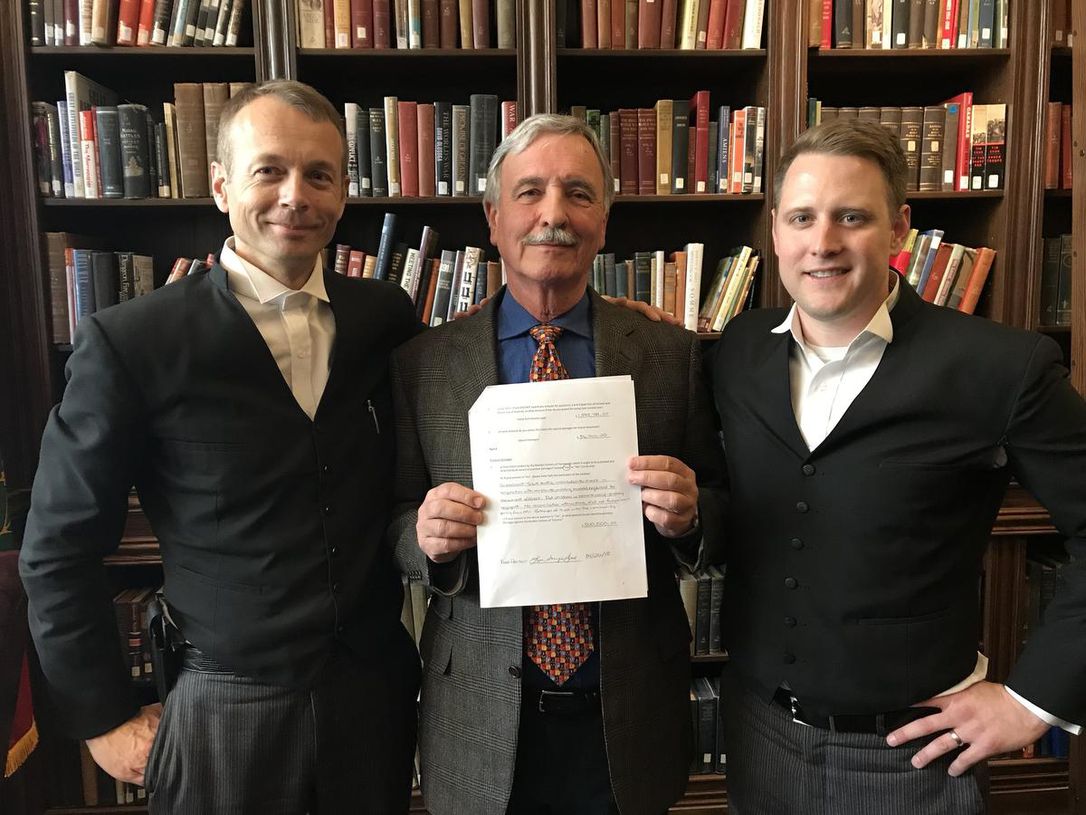 Rev. David Katulski, vicar general of Congregation of St. Basil, a Toronto-based Roman Catholic religious order, said it “does not agree with each of the awards of damages, which make up the judgment, and is considering its rights of appeal.”

A Toronto jury has awarded a man sexually molested 50 years ago by a predatory priest, who taught and coached boys across Ontario for decades, $2.6 million in damages, a Canadian record for abuse by a cleric.

The Ontario Superior court judgement for Rod MacLeod, now 68, includes $500,000 in punitive damages against the Congregation of St. Basil, a Toronto-based Roman Catholic religious order, for the actions of deceased priest William Hodgson “Hod” Marshall when MacLeod was a high school student in Sudbury.

In alloting punitive compensation, the four-woman, two-man jury provided a written list of the particulars they considered when determining whether punitive damages were warranted and how much to award MacLeod.

The jurors wrote the Basilians had concealed Marshall’s behaviour to avoid “scandal,” were “grossly negligent” and “put children in harm’s way,” on the list delivered with their verdict.

Mr. Justice Arthur Gans’ court heard during the three-week trial that Marshall admitted to a Basilian superior in 1996 that he’d sexually abused two or three high school boys every year during a 29-year teaching period. Fifteen years later, Marshall was convicted of indecently assaulting 17 minors and given a two-year sentence.

MacLeod, a former Canadian army captain, was a student in the 1960s at Sudbury’s all-boys St. Charles High School, then run by the Basilians. MacLeod testified Marshall abused him over four years at school, beginning when MacLeod was 13. About 50 instances of abuse occurred in empty classrooms, the priest’s residence near the school and away from the school grounds, the jury heard.

MacLeod said he was pleased a benchmark for punitive damages for abuse by a member of the clergy was set.

“My whole focus was to establish punitives as a method to forestall any more sex abuse, (and) setting this precendent I think will do that,” MacLeod, a registered massage therapist working in Toronto, said after Thursday’s verdict.

“I just knew, in my heart, that if citizens, just ordinary people, heard what they were doing, who could condone that?” continued MacLeod, referring to jury members.

Rev. David Katulski, the Basilians’ vicar general, said in a statement the order “extends its congratulations to Mr. MacLeod on the judgement he received” and apologized “sincerely and unreservedly for the inappropriate conduct of Hod Marshall.

“This should never have happened and we are truly sorry,” Katulski stated. “It is the hope and prayer of the Basilian Fathers that all of Fr. Marshall’s victims may experience healing from the real brokenness you have suffered and that you may experience new life for the future.”

Katulski also stated the order “does not agree with each of the awards of damages which make up the judgment and is considering its rights of appeal.”

In his closing remarks, MacLeod’s lawyer, Rob Talach, said Marshall’s assaults on children had been reported to the priest’s superiors at least five times, beginning when Marshall was training to become a priest in the late 1940s. Talach told court the priest was transferred to different schools or duties soon after such reports, adding the order did not discipline Marshall or alert police. The order sent Marshall to treatment centres in 1978, 1979 and 1996.

Police acted when Windsor victims first reported the priest’s assaults about a decade ago.

In 2011, Marshall pleaded guilty and was jailed.

Marshall was laicized, or “defrocked,” before he died in 2014.

Talach said the punitive award indicated the jury’s “condemnation of the church’s conduct.”

“We don’t let criminals … do damage and then they just have to pick up the tab.

“They also have to be punished and that’s what happened here.”

June 15th is World Elder Abuse Awareness Day. The goal of this world-wide day is to recognize and raise awareness about abuse that is experienced by seniors. Elder abuse is not only a human rights issue, but also a public health issue.

What Is A Bad Faith Insurance Claim?

Avoiding Pedestrian and Car Accidents in the Spring

The shift into the Spring season brings added pedestrian and cyclist traffic in the community. We break down some of the ways you can try to avoid a motor vehicle accident this Spring in our latest blog.